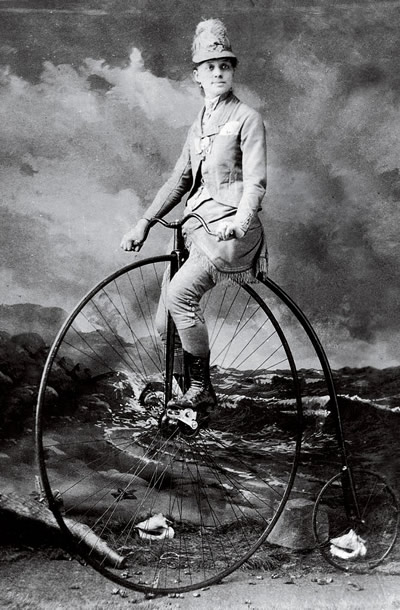 The Penny Farthing is a fitting symbol for a local Rochester museum as it was a young Rochistarian that found fame atop one.

Using the name of Elsa Von Blumen, Carrie Kiner rode competitively at a time when few had even considered the possibility. She took on male cyclists and even a horse. She rode for prize money and on occasion to raise money for charitible concerns.

The Rochester Democrat and Chronicle, Oct. 7, 1882

Miss Elsa Von Blumen has been taking a two day rest in this city, on her way to Pittsburgh, Pa., where she is to ride Monday afternoon next. To a reporter who called last evening, she said that the season has been a very pleasant and profitable one, and she regretted exceedingly it was so near its close.

"But you expect to ride this winter in halls do you not?" asked the reporter.

"I can hardly say that I do, as the riding in halls is by no means so enjoyable as outdoor riding, and is much slower, owing to the continuous turning. The only time I was ever hurt from a fall, was when I was riding in a hall in Detroit, where I was thrown against the side of the building and onto the steam heating pipes."

"It is quite strange, is it not, that you have never been injured?"

"No, I feel perfectly at home on a bicycle and never am afraid of falling. I never have fallen but two or three times, and then no so as to infere with my continuing the race. I fell once last summer at Coney Island, the first day of a six day's race, and was only caused to loose about four miles by it. Sometimes people say to me that they should think I would be afraid when riding against horses, but I tell them I have a horse that is perfectly under my control, and have no cause to fear."

"What places have you exhibited at this summer?"

"Oh, almost everywhere. The Fourth of July I was in Philadelphia. During the summer we were at Grand Rapids, Mich., Akron, O., Coney Island, Scranton, Pa., and a great many other places. The last place we had a race was at Hornellsville."

"I suppose of course you have always been greeted with a large attendance?"

"We have been very successful and have had a very large attendance everywhere, especially at Grand Rapids, where the crowd was very large."

Miss Von Blumen is a modest-appearing and lady-like young woman, of 22 years of age, and is a native and resident of Rochester.

While riding she wears a steel gray suit composed of trousers, short skirt, loose jacket and cap, and is somewhat similar to the "bloomer" costume. She informed the reporter, as he was about to depart, that she intended to give up bicycling at the end of this season.

As it was in walking, a great many new female bicyclists had come forward, and most of them were not the kind of persons she cared to be brought in contact with. She would most certainly give it up and turn her attention to something else, but just what she was not prepared to say.

"Let me tell you what I think of bicycling. I think it has done more to emancipate women than anything else in the world. I stand and rejoice every time I see a woman ride by on a wheel." ~ Susan B. Anthony, 1896 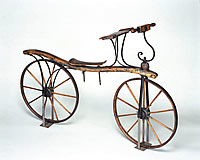 Draisine or Laufmaschine, created by Baron Karl von Drais in Mannheim, Germany in 1817. 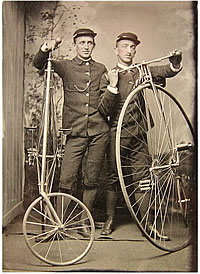 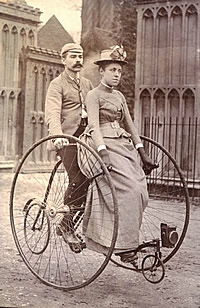 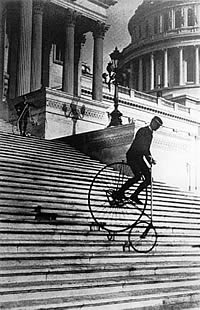 Will Robertson, On the steps of the capital, Washington DC, 1885 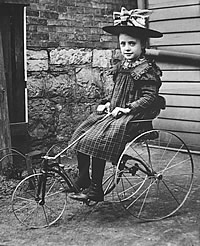 Adelia Matter on a tricycle, circa 1900. Photograph by Walter Matter

a Penny and a Farthing 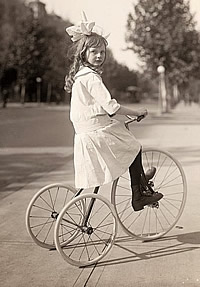 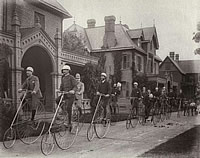 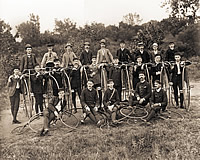 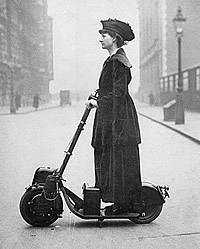 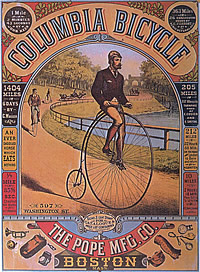 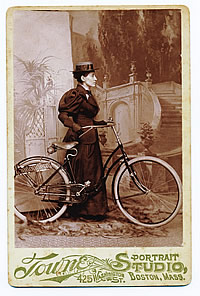 Annie "Londonderry" Cohen Kopchovsky (1870–1947) The first woman to bicycle around the world. 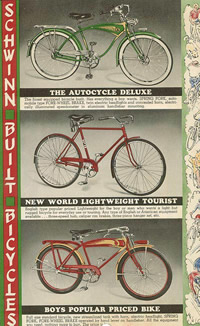 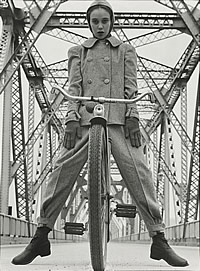 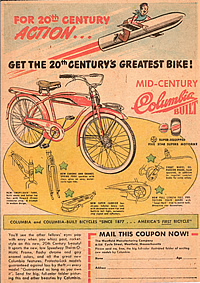 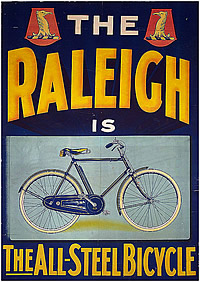 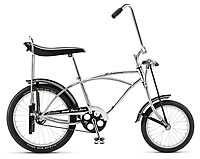 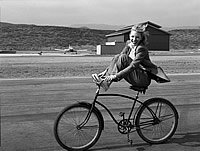 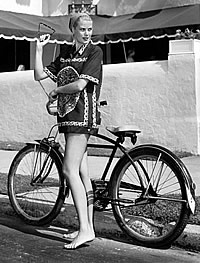